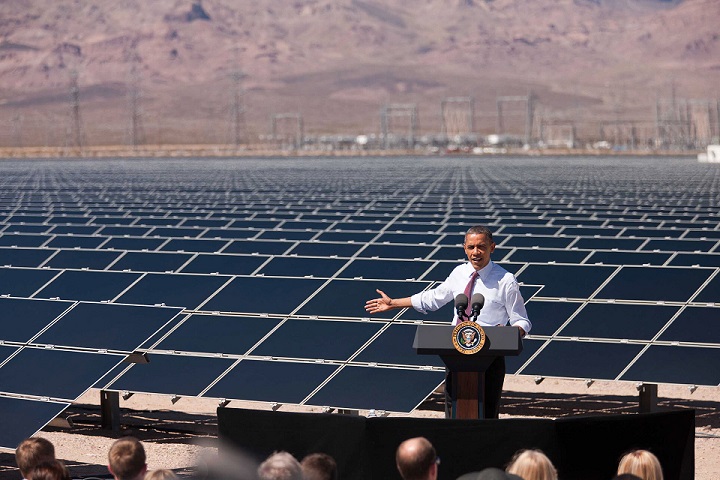 Yes, I’m well aware of what’s been happening in Nevada and can fully appreciate the frustration of solar folks out there. But I waited because I wanted to see the reaction of people from Nevada. I trust that there are sufficient number of people all over the country now who are in support of a clean environment and renewable future that there would be plenty of reactions about the recent decision of Nevada PUC (Public Utility Commission, the regulatory body that sets rules for the state’s electricity, gas, and water utilities). What I do not understand is how Nevada PUC reached the decision to cut net metering rates and increase the residential PV owner rate ($40 per month) payable to the state utility, NV Energy. Does Nevada PUC realize that such an attempt to stifle solar energy industry in the short term may actually speed up the rate of destruction of NV Energy in the long run? Or perhaps Nevada PUC simply does not understand sufficiently the overall changing landscape of energy use to propose more effective measures to adapt to the changing need.

The signs and shouts of “Don’t tax the sun!”, “Sandoval stole my sunshine!“,”Solar lives matter!” of hundreds of residents of Las Vegas were heard throughout the country! Those angry protestors outside of the Nevada’s PUC were led by celebrity actor Mark Ruffalo, who shouted, “Let’s make life uncomfortable for them, for the Governor, for the PUC. Because they’re wrong!”

Here is the response from one of the Nevada residents to Governor Brian Sandoval and the Nevada PUC about the recent Nevada Solar ruling, below: The new fee of $40 per month won’t only apply to new solar customers, but also to the 12,000 or so people who already own solar panels. As a result of this  new decision, selling solar in Nevada will no longer make economic sense for solar installer such as Solar City, cutting 550 jobs from Nevada to be relocated to more solar-friendly states during the first week of January this year. Other solar installers such as Vivint Solar have similar plans, which will translate into loss of thousands of jobs from state of Nevada if such a poor decision is not remedied or reversed. Sunrun even filed an open records request for communication between NV Energy employees, lobbyists, Gov. Sandoval and his staff, and current PUC Chairman Paul Thomsen.  After Sunrun’s request was refused, Sunrun sued Sandoval.  I believe in order for all of us, the energy consumers as well as the power generators, to evolve during this period of transition, we all need to learn, collaborate effectively, and be willing to evolve to the next stage of human history. I believe what we need is better understanding of feed-in-tariff at Value of Solar. In order to be able to step into the next stage of the game and be fair to all parties involved and/or be able to establish stability in our grid or potential future microgrids, I’d like to offer some information and words of wisdom by those who have already put much time and energy into studying the energy generation and management issues. Please allow me to share what Karl Rabago and Toby D. Couture have concluded,  below: Much remains to be seen and learned before Nevada PUC regulators’ next hearing on February 8, 2016. I hope they will make attempt in consulting Karl Rabago and/or Toby D. Couture before the next hearing.

any questions, suggestions, and concerns will be welcomed at sunisthefuture@gmail.com