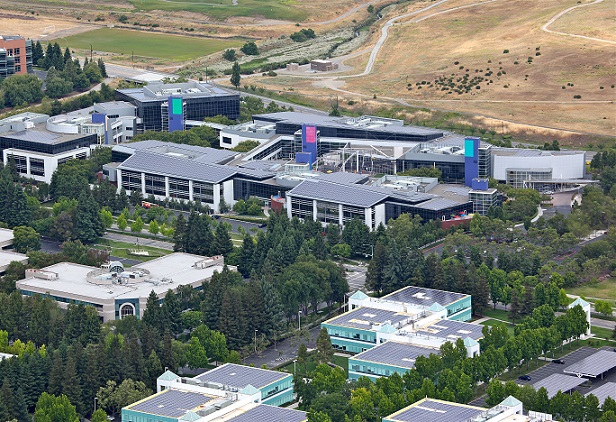 (Please click on red links and note magenta below)

Have you ever heard of Barclays?

Barclays is a British multinational banking and financial services company headquartered in London. It is a universal bank with operations in retail, wholesale and investment banking, as well as wealth management, mortgage lending and credit cards. It has operations in over 50 countries and territories and has around 48 million customers. As of 31 December 2011 Barclays had total assets of US$2.42 trillion, the seventh-largest of any bank worldwide. This PLC (public limited company) organization has been around since 1690, obviously with plenty of experience in observing and forecasting trends of various types.

Well, recently Barclays downgraded the whole U.S. electricity sector, listing it as “underweight.” That means Barclays have little confidence in U.S. electric utilities being able to keep up with the broader economic growth trends. The critical factor lies in the disruptive solar-plus-battery systems. In this Barclays report:

Over the next few years… we believe that a confluence of declining cost trends in distributed solar photovoltaic (PV) power generation and residential-scale power storage is likely to disrupt the status quo. Based on our analysis, the cost of solar + storage for residential consumers of electricity is already competitive with the price of utility grid power in Hawaii. Of the other major markets, California could follow in 2017, New York and Arizona in 2018, and many other states soon after.
In the 100-plus year history of the electric utility industry, there has never before been a truly cost-competitive substitute available for grid power. We believe that solar + storage could reconfigure the organisation and regulation of the electric power business over the coming decade.
Some of you out there may have previously come across another recent report, The Economics of Grid Defection, with similar language or logic, by the Rocky Mountain Institute (RMI).  RMI was forecasting the declining costs of solar plus storage and the soon-to-arrive days when when those systems could reach parity with grid-sourced retail price electricity in a growing number of markets, including Hawaii, California, and New York. In fact, the Barclays report cites RMI as a key source in several of its analyses that lead to this conclusion.
Barclays believes we’re entering a post-monopoly world in which distributed energy resources will take place alongside large-scale central generation as a critical energy resource and a widely available and affordable customer option. In a surprisingly strong prediction for analysts, Barclays views this transition as inevitable: “Whatever roadblocks utilities try to toss up—and there’s already been plenty of tossing in the states most vulnerable to solar, further evidence of the pressures they’re facing—it’s already too late.”  A downgrade suggests two possible outcomes in the near future: 1) analysts tend to move in herds, so expect more news on the U.S. electric sector soon, and 2) capital is likely to get a bit more expensive for utilities, as millions of dollars shift out of the sector.  It’s not all bad news, as indicated recently in “Caveat Investor,” this should ultimately lead to a stronger, more resilient power sector with stronger overall valuations, but the transition is likely to be volatile. The Barclays report suggests we’re about to enter that volatile transition phase.
To learn and quote from Rocky Mountain Institute, what does a utility downgrade mean for the future of distributed renewables, 4 points are listed below:

1) Distributed energy is hitting the mainstream. Historically, it’s renewables’ creditworthiness that has been challenged (while utilities have been considered rock solid), but now this trend appears to be reversing. We’ve seen declining costs of capital in solar (as recent securitizations demonstrate), new financial instruments emerging for related technologies, and lower costs overall. Despite this progress, there is still a large gap between the market acceptance of renewables and the market acceptance of central, fossil-fueled generation. The recent downgrade suggests that people are starting to take distributed renewables seriously, and that utilities and renewables are entering a period of equal (or at least comparable) market strength.

2) Issuing new bonds for thermal fossil generation will become more expensive. While many people focus on the construction costs of new assets (central and distributed generation alike), it’s more often the cost of capital that determines project viability. Traditionally, utilities have almost always been the lowest-cost provider of new energy resources, and part of this advantage has rested on ready access to and favorable terms from the bond market. If that advantage is eroding, then expect new players to be able to compete for providing the nation’s energy, including providers of much smaller, distributed generation.

3) Distributed storage, when combined with already mature trends in generation and energy efficiency, compounds the disruptive threat of consumer-scale investments in energy. Many people have worried that declining demand (through energy efficiency) and distributed generation are putting enormous stress on the traditional business model for investments in central generation. That has not changed at all. So why does the emergence of storage, something that doesn’t reduce consumption or increase generation, suddenly give the markets concern? Simply put, the addition of storage gives customers the option to entirely disengage from their relationship with the utility. While most customers won’t choose to leave, and for good reasons, the threat of grid defection creates consumer leverage that will slow recent upward trends in utility rates out of competitive necessity.

4) These trends are likely to accelerate. As capital shifts from central to distributed generation, this just improves the economics of distributed resources even further, through scale benefits as well as lower cost of capital. Few people would say that we’ve even come close to market saturation for any customer segment for renewables and efficiency. As the traditional electric sector becomes a more challenging place to park capital (or even just a less certain place), more investors will start to notice that investments in distributed resources have similar risk-reward profiles, and this movement of capital will be self-reinforcing.

Distributed generation is likely to be an affordable and accessible choice for more and more customers alongside traditional utility-provided electricity. More options means more competition and increased relevance of the customer. And that’s an upgrade for users of electricity everywhere.

Perhaps this is also a time of warning for the U.S. utilities to take action in making greater effort in encouraging environment that would help to provide incentives for consumers to stay on the grid rather than defecting from the grid. On this topic, please feel free to refer to one of our earlier posts, In-Depth Analysis of Renewable Energy Policy With Toby D. Couture.

Any of your questions/comments/suggestions will be welcomed at sunisthefuture@gmail.com