Due to our previous series of discussion concerning Mars Science Lab-Curiosity Rover and its fuel source, I got curious and looked up the next launch/mission scheduled at NASA and found RBSP, Radiation Belt Storm Probes. 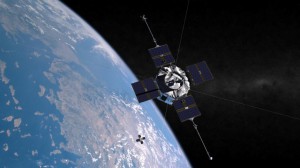 RBSP is scheduled to launch on Friday, August 24, 2012, 4:07-4:27 a.m. EDT (delayed by 24 hours from the previously scheduled August 23, 2012) and is a NASA mission under the Living With a Star geospace program (managed by Goddard Space Flight Center in Greenbelt) to explore fundamental processes that operate throughout the solar system (in particular, those that generate hazardous space weather effects near the Earth and phenomenon that could affect solar system exploration).  The Johns Hopkins University Applied Physics Lab (JHUAPL) manages the mission and is building and will operate the RBSP spacecraft for NASA.  The probes will study dynamic regions of space known as the Van Allen Radiation Belt 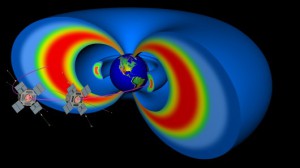 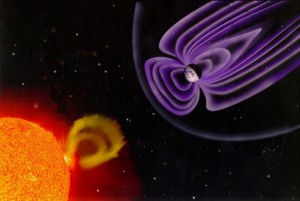 Van Allen Radiation Belts are the result of interaction of the Sun and the Earth's magnetic field (Credit: JHUAPL) 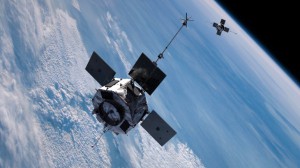 Understanding the radiation belt environment and its variability has important practical applications in the areas of spacecraft operations, spacecraft system design, mission planning, and astronaut safety.  I implore/welcome your clicking of red links above for better understanding of Van Allen Radiation Belt and these programs. Also, please view the video below explaining Radiation Belt Storm Probe by NASA project scientist David Sibeck:

The Van Allen Radiation Belt swell and shrink over time as part of a much larger space weather system driven by energy and material that erupt off the Sun’s surface and fill the entire Solar System. Space weather is the source of aurora that shimmer in the night sky, but it also can disrupt satellites, cause power grid failures and disrupt GPS communications. RBSP will help scientists to understand this region and to better design spacecraft that can survive the rigors of outer space.   The mission is to gain scientific understanding of how populations of relativistic electrons and ions in space form or change in response to changes in solar activity and the solar wind.With the help of Wikipedia, one finds that the mission’s general scientific objectives are to:

RBSP consists of two spin-stabilized spacecraft to be launched with a single Atlas V rocket. The two probes 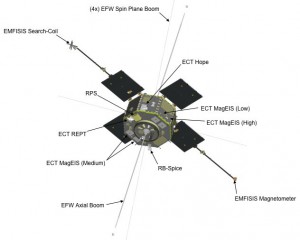 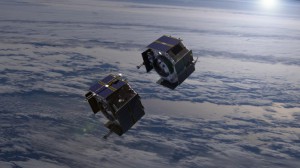 must operate in the harsh conditions they are studying; while other satellites have the luxury of turning off or protecting themselves in the middle of intense space weather, RBSP must continue to collect data. The probes have, therefore, been built to withstand the constant bombardment of particles and radiation they will experience in this intense area of space.

I am also happy to report that no plutonium-238 will be used for Atlas V rocket (using kerosene, liquid oxygen, liquid hydrogen) or RBSP probes.  As a matter of fact, NASA intends to eventually replace the highly toxic fuel hydrazine by starting a new era of innovative and non-toxic green fuels that are less harmful to our environment, with fewer operational hazards and lower complexity and cost of launch processing.  For more detailed information about these future “green” propellant technology, please refer to this link (<– click)